Last night, me and my wife decided to run single session using Heroic Fantasy rpg. But what is Heroic Fantasy in the first place? Following the tradition of The Black Hack, HF from now on is a RPG that moves further away adding elements like Aspects (Narrative Tools), expanded classes (9 total) and 4 classic races (and i’m planning to add a few more soon!). So HF builds upon the existing high modular TBH to provide a new fantasy playground. Also i ought to mention that reading a system and actually run the system is two entirely different things; and that's where HF truly shines. The small Graham’s details, here and there, add new dimensions to the already solid mother-system.

I grabbed Heroic Fantasy here, both pdf and the awesome hardcover which i believe i need more copies for gifts!

To highlight the differences between  HF & TBH:


This concludes my thoughts around HF and now on our way to Fun!!

As i said we created a party of 2 heroes with my wife and we run the small but solid introductory adventure: The Sorcerer’s Lair. We had a blast and we decided to continue our adventures using HF.  I will give a few details about the heroes keeping the post at the same time spoiler free. 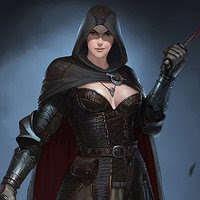 I will spare the details about armour, HP etc and i will move on to Aspects.

Lorena was born under strange and arcane circumstances. Her parents are founding members of The Brotherhood of Rebirth, an evil cult. She grew up learning the forbidden art of the necromancy and quickly she became an adept. They parents always remind her how vital Lorena is for the cult  and how her special conception marks the new era (Born into Necromancy Aspect).

One year ago Lorena had enough of the evil cult and decided to flee away (Ex-Member of the Brotherhood Aspect). But her escape didn’t get unnoticed as she was special for the cult. Now the cult hunts her down in a desperate attempt to claim her back. After a few unsuccessful attempts to retrieve her, the cult decided to terminate her (to create a balance for the armoured necromancer we created a complication; that of hunted).

In a change of heart Lorena met the cleric of Lahn, Len and from that day she is travelling with him trying to reach the desired redemption. In a way the have a mutual agreement: Len is keeping an eye on her and she helps the cleric to banish the cult from the lands. 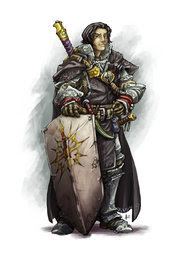 Len was born in Redhaven where he grew up till the age of 15. From young age he learned the art of blacksmith of his father and the uses of the herbs by his mother (Son of Blacksmith & Healer Aspects).

His father was a deeply religious person who believed at Lahn, god of crafting & civilization, expressing his beliefs through his art of metalsmith. On the other hand his mother was a carefree person who enjoyed wandering around gathering herbs, sometimes for healing but mostly for her love of cooking.

At the age of 15, Len joined the Church of Civilization. Then as a cleric he started exploring the lands trying to expand the teaching of his god. As he inherited his mother wanderlust, he travelled to preach & teach the arts of crafting where needed. At the times of exploration he usually gathers rare materials to expand his cooking portofolio.

Fate brought Lorena to his path. Now he is trying to save her soul and together they are searching for traces of the evil cult around the world.

An example of play:

During the last adventure our mighty duo stumbled upon Merrika, a harpy. There Len lost his CHA saving throw and things went astray….

Lorena: Len! LEN!! Where are you going? Come back now. Can’t you see the harpy is playing tricks with your mind??

Merrika (The Harpy): Come to me my little priest. You look juicy. Merrika will eat today!!

Under the spell, Len continues approaching Merrika, his impending doom…

Lorena: Oh for Lahn’s sake Len can’t you see that she is a monster!!! You must go outside more often!! Ok we have to do it my way! NO ONE will harm my priest you hear me MONSTER. He is my way for redemption!!


Lorena is preparing her Necrotic Missile and rolls the dice….
Heroic Fantasy RPG 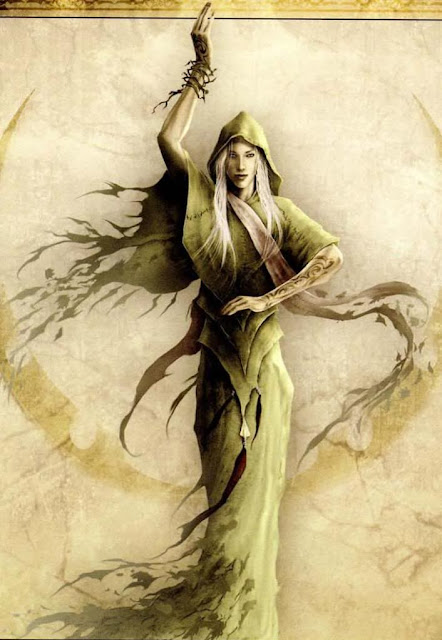 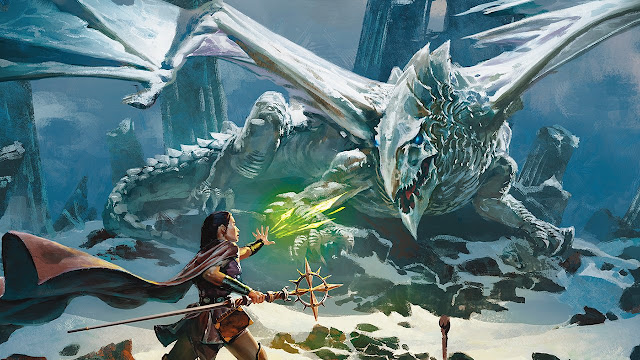